Yesterday was the last day of my Big Green Egg cooking marathon.  One reason I got the Egg instead of a more traditional grill was so I could bake in it.  Yesterday I tried three different pizzas, a traditional margarita, a pepperoni and an Italian sausage and red pepper. 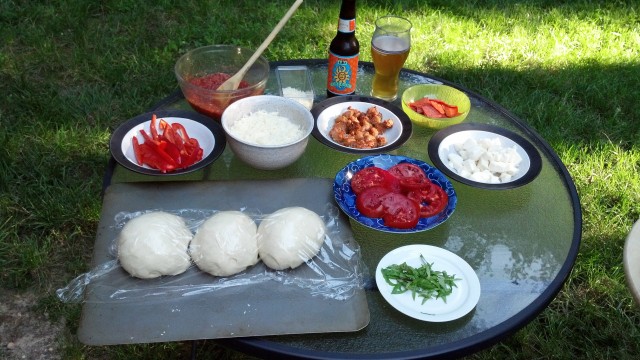 I used the pizza dough recipe from the BGE cookbook.  It’s a pretty standard dough, 1 cup water, 3 cups all-purpose flour, 1 tsp yeast, 1 tsp salt and 1 TBS olive oil.  I kneaded in it my KitchenAid mixer.  It was still really sticky after 6 minutes.  I added almost another 1/4 cup for flour to make it manageable.

The BGE cookbook says to pre-heat the plate setter and pizza stone to 600° F.  I fired up the Egg and went to prep the ingredients.  The Egg got hot, fast.  It was well over 1000° F when I checked it after 10 minutes.  I thought guys who talked about running their Eggs at 1000° or 1200° F were bragging, like talking about their 300 yard drives.  They aren’t .  It’s really easy to get the Egg that hot.

I let it cool down to about 700° F and started baking pies.  First up was the margarita. 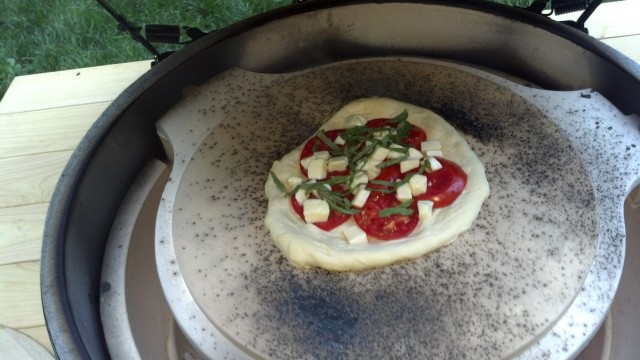 It took about 6 minutes total.  I checked it after 4 minutes and rotated it. 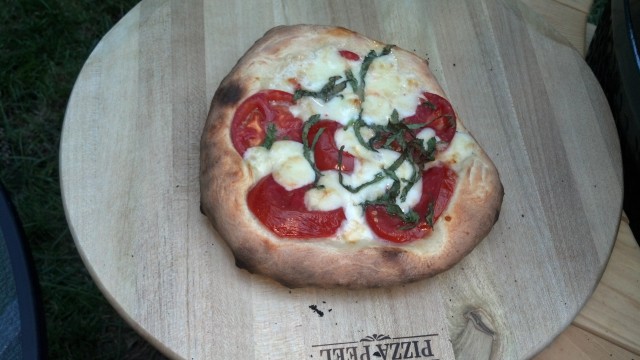 Not bad, but I didn’t cut the tomatoes thinly enough.  You have to slice those razor thin or they’ll make the crust soggy.

Then I did the pepperoni pizza. 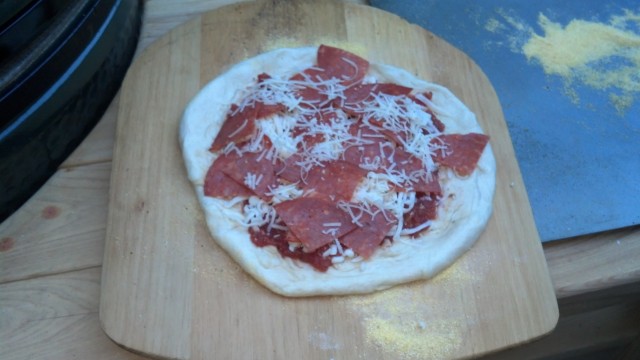 It came out better.  Crisper crust and better texture. 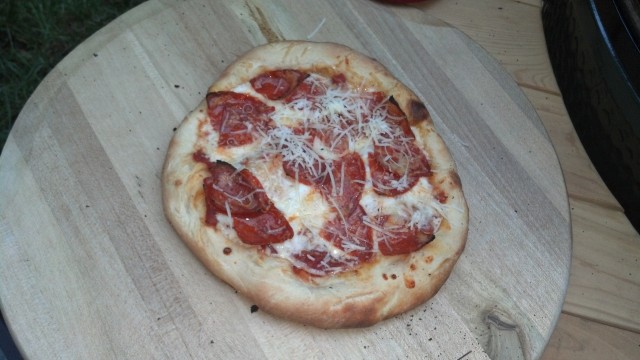 I used Applegate Farms pre-sliced pepperoni.  It was better than the stick pepperoni I had been using.  That stuff was much too salty.

I was getting better at judging when the crust was done, too.  about 6 minutes total, with a 180° turn at 3 minutes worked well.

Finally, the sausage and pepper pizza. 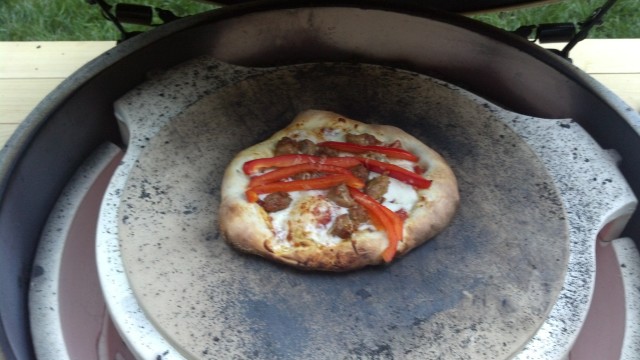 It was the best of the three.

I’m going to LivingSocial’s Pizza Making class today.  Hopefully, that will put me on the right path.

I read and I write. I read a lot and I write when I can.
View all posts by fzinger →
This entry was posted in Food and tagged Big Green Egg, pizza. Bookmark the permalink.